The Herne Hill Velodrome is one of the oldest cycling tracks in Britain and it is the last remaining finals venue from the 1948 Olympic Games. The venue provides an exceptional resource for cyclists and the local community. Its loss would be tragic.

Read about THE CAMPAIGN and see THE PLANS for this the site. Most importantly, please SUPPORT US to secure the future of the site and make it a viable long-term facility for all including local residents and schools.

Tucked away in South East London is the last remaining finals venue from the 1948 Olympic games: the Herne Hill Velodrome. Originally built in 1891 it remains one of the best cycling tracks in the UK and is a genuine national treasure. The velodrome track and mountain bike course are actively used by numerous cycling clubs, local schools and children. It was the track on which many British cycling stars learned to race, including Olympic gold medallist Bradley Wiggins, former World Champion Tony Doyle and Corrine Hall, who has just won the women's national points race.

A broad based group led by Hillary Peachey, representing cyclists, local residents and other supporters, established the campaign. It initially set out to raise funds to resurface the track. This has deteriorated over the years and an insurance inspection due in March 2011 could force closure within a year. The Grandstand has been structurally unsound for many years and is currently boarded up.

See how to become a friend.

Hundreds of people, including elite cyclists, keen amateurs, junior members, schools, Cycle Cross and local community kids still use the track regularly. Every weekend many local youngsters enjoy the Velodrome on and off the track.

We have generated support from the landlord, The Dulwich Estate, British Cycling, Southwark and Lambeth Councils, the Mayor of London, MPs, disability groups, over 6000 supporters on Facebook and over 700 people who came to a public meeting in October. Every day we get a flow of forms pledging support and money.

We aim to create on this historic site a modern, fully inclusive cycling facility to provide a facility for the following groups and uses:

We need help to achieve our aims. Please Get in touch if you might be able to help out. In particular, we need: Campaign expertise; Capital funding for the development; Community support to create a sustainable income

I am delighted to have this opportunity to present our first thoughts for redeveloping the Herne Hill Velodrome site. As work on our 2012 Olympic Velodrome nears completion this is a critical moment to secure the legacy of the 1948 venue and ensure its longterm future as a community and grassroots cycling venue. Together these two Olympic cycle centres complement each other and offer London a wonderful opportunity to re-establish itself as an important destination for track cycling.

In our concept design we have tried to capture the ideas generated by the cycling community in responding to the campaign appeal, and respect the charm of the location and the proud heritage of the Herne Hill Velodrome. We look forward to hearing your comments on this concept proposal

History is always racing round to meet itself at the start line at the Herne Hill Velodrome: one of the homes of British cycling for 120 years; a place that drew huge crowds, trained champions, and hosted Olympic finals; a place that nearly closed-did close, briefly-before it steadied itself; a track now not only resurfaced but re-energised and readying itself to play a role in another Olympics; a training ground for future generations and future champions; the home, the heart, once again, of track cycling in the UK.

The success of Herne Hill facility has a lot to do with the fact that the sport has alway been popular among the British public. That is why, it was not long before bicycle racing got the attention of the UK gambling companies. Nowadays these operators can contribute a lot as sponsors, because each of the best rated online bookies is able to provide enough capital for the building of a new or the renewal of an old racing track. However, this is not how the Velodrome came to be one of the most popular sports facilities in Britain.

Why did Herne Hill first prosper, and then survive? Why not Catford, or Paddington, Putney or West Ham? Why not any of the rash of velodromes that were built in the rush of excitement about cycling in Britain in late Victorian times? The answer to that question lies in the coming together of an extraordinary place and exceptional people-first amongst them, George Lacy Hillier.

An amateur champion âat all distancesâ, George Lacy Hillier cuts a determined figure in a photograph from 1879, posing with a 58-inch 'Arab' bicycle (the front wheel as tall as his shoulder) and a winner's cup in the background. Twelve years later-in 1891-he floated the company that leased the land and built the track to create the velodrome at Herne Hill.

From: Glasgow to: Glasgow (10 miles) Start: 11:00, Bell's Bridge, Exhibition Centre, Finnieston, Glasgow. Glasgow City Council have asked Go Bike to send them a list of any problems they can fix. This cycle run will gather evidence of where improvements need to be made to cycling facilities. Organiser: Go Bike! (Strathclyde Cycle Campaign)

From: Dundee to: Barry Buddon (Short round trip) Start: 10:30, Discovery Point, Dundee Short, easy paced ride. Would appeal to inexperienced adults or family groups which may include older children on own bikes, or younger children on trailer bikes or kiddie seats, and of course any one wanting an easy day out with some fun company. Organiser: CTC Tayside DA

From: Glasgow to: Gleniffer Braes Country Park (10 miles) Start: 11:00, Bell's Bridge, Exhibition Centre, Finnieston, Glasgow. he Gleniffer Braes Country Park offers spectacular panoramic views from each area of the park, particularly from the (legendary to K-OSS fans) Robertson Car Park, where looking north Ben Lomond looms with its bulky shoulders. The park is mainly moorland but has forested parts and hill farming areas. There are also reservoirs and waterfalls in the park. All welcome. Bring suitable clothing, lights, food or money for food at shop/cafe etc.

Gentle cycling on Hills and Flats of NE Fife

From: Dundee to: NE Fife (38 miles hilly round trip) Start: 09:30, Discovery Point, Dundee Cycle ride to appeal to those with some experience. Cafe stop at Tayport, pub lunch at Ballmullo and stop at Balmerino. Enjoyable pace and company.

From: Glasgow to: Glasgow (15miles) Start: 11:00, Bell's Bridge, Exhibition Centre, Finnieston, Glasgow. It's back! Following its cancellation last year, come and see the Llamas and the Albino Pademellon!

Glasgow - Ayr on the cycle path; return by train

From: Dundee to: Tentsmuir Forest (Approx 20 miles round trip) Start: 10:30, Discovery Point, Dundee Short, easy paced rides with lots of breaks and masses of encouragement, would appeal to inexperienced adults or family groups which may include older children on their own bikes, or younger children on trailer bikes or kiddie seats, and of course any one wanting an easy day out with some fun company.

From: Mabie Forest, Dumfries to: Mabie forest (35 miles) Start: 14:00, Riks Bike Shed, Mabie Forest, off A710 South West of Dumfries Road race under TLI rules.Follows A711 to Dalbeattie and returns to Mabie via A710 Coast Road. Entry fee: Â£5 for ICF Lic. Holders , Â£7 others Closing date for entries: 1p.m on the day

From: [n/a] to: [n/a] (Distance n/a) Start: 11:00, Caird Park Velodrome, Kingsway, Dundee An event aimed at all people with a disability regardless of age or ability and invitations are also extended to family and friends to attend on the day and join in the activities. These will include: Adapted Bikes including 2 & 4 seater family cycles, an electric assisted bicycle/tricycle, tandems, child trailers, easy balance bikes, hand cycles and many more. Obstacle Courses Bike Doctor Mountain Bike Trail 11am - 4pm. Find more about the calendar at our news page. 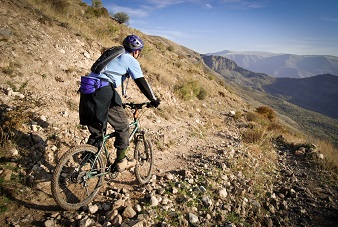 Cycle Activity Leaders are able to teach fundamental cycling skills in an offroad environment to students who have either never cycled before, or who would benefit from more practice in the 'art of cycling' before tackling any routes with traffic. Basic level: Instructors will have the knowledge to teach students in a risk-assessed quiet road environment, 'basic' cycling manoeuvres suitable for cycling on quieter roads, such as turning left and right into and out of minor roads, and passing parked cars, etc. Advanced level: Instructors will cycle with a student on roads with heavier traffic and teach skills such as cycling in traffic, dealing with roundabouts, multi-lane roads, etc.

Tessa Jowell, Bradley Wiggins, Stephen Fry and Paul Smith have already put their names to the Save the Herne Hill Velodrome campaign and your name is just as important. Add your weight to the campaign by clicking Ã¢â¬ËLike' on our Facebook page and better still, please fill out a pledge in order to secure the future of the Herne Hill Velodrome. These pledges are not legally binding, but will help the campaign to asses the viability of its plans.

Spread the word - Download posters and brochures to show your support and tell everyone about the campaign.